'Manchester United and Tottenham were interested, there were talks': Paulo Dybala reveals just how close he came to a Premier League move last year... but insists he is pleased he stayed with Juventus in Serie A 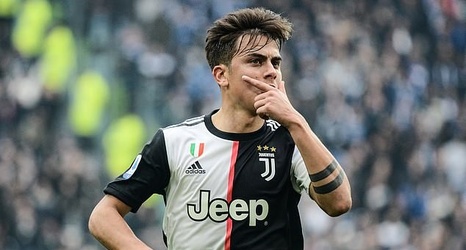 Paulo Dybala admits that a move away from Juventus was on the cards last summer – and that the Premier League was his most likely destination.

The 26-year-old had fallen out of favour in Turin and was put up for sale, which saw Manchester United and Tottenham make a move for the talented Argentine.

Paris Saint-Germain also entered the fray as his future at the Italian champions looked all but over.

No move ever materialised, though, which has allowed Dybala to reestablish himself in Maurizio Sarri's plans.