Manchester City are 'targeting Leeds midfielder Kalvin Phillips as a potential replacement for long-serving Fernandinho'... but they will face competition from Manchester United, Aston Villa and West Ham to capture his signature 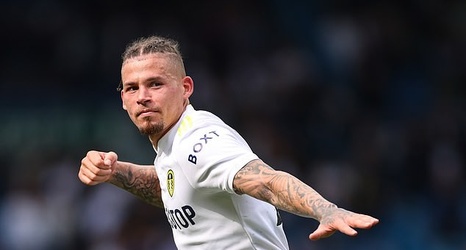 Manchester City have reportedly emerged as the front-runners to sign Leeds United midfielder Kalvin Phillips as they look to replace Fernandinho and Ilkay Gundogan this summer.

City boss Pep Guardiola has already identified the England international as an ideal replacement for Brazilian Fernandinho, who is set to depart after nine years in Manchester.

Ilkay Gundogan has also been linked with a move away from the Premier League champions this summer - meaning Guardiola has his work cut out in the summer transfer window to rebuild his midfield.

The Mirror has reported that City have sent scouts to watch Phillips several times this season, with the 26-year-old certain to be available if Leeds get relegated on Sunday.