Man United 'submit their first official offer for Jadon Sancho'... but £60m bid faces being REJECTED as Borussia Dortmund seek £78m - and Chelsea are keen to muscle in 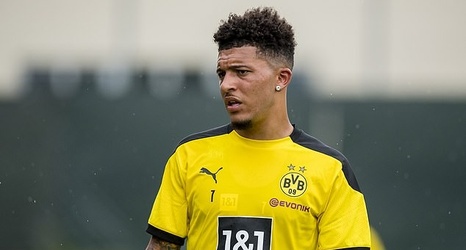 Manchester United have finally made their move to sign Jadon Sancho, as one of football's longest-running transfer sagas looks set to spark once again.

United have tracked the English star since last summer, though could not agree to Borussia Dortmund's lofty demands of £108million and saw the opportunity pass by.

Now, United have made their opening gambit, floating a £60million (€69.5m) offer to Dortmund, according to fresh reports in German publication Bild.

It is reported that this will not be enough to satisfy the Bundesliga giants, who believe they can extract a higher fee for the youngster.