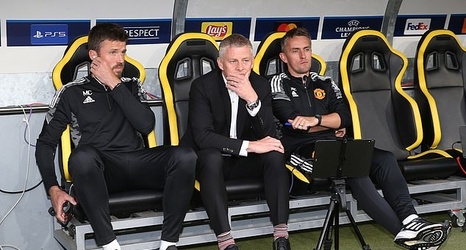 Manchester United are in the process of tying down two more of Ole Gunnar Solskjaer's backroom staff to new contracts.

Sportsmail exclusively revealed on Monday night that the Red Devils have given assistant manager Mike Phelan a new deal in a move that underlines the club's commitment to under-fire boss Solskjaer.

And now United are in negotiations with coaches Michael Carrick and Kieran McKenna over fresh terms, according to the Manchester Evening News.

The report claims that discussions are taking place between the club and both members of the backroom team over new three-year deals.