Man United are dealt ANOTHER blow in the transfer market as RB Leipzig confirm signing of £55m Salzburg wonderkid Benjamin Sesko for next summer... leaving Erik ten Hag to look elsewhere for a new striker 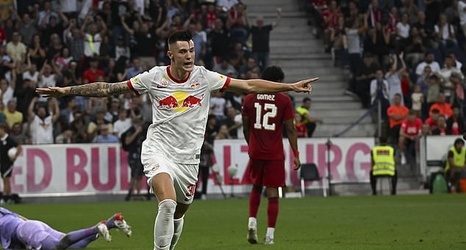 The 19-year old, who had been targeted by Manchester United, Chelsea and Newcastle, will stay at Salzburg on loan for the season before joining Leipzig next summer.

The Slovenian international has signed a five-year contract until 2028 at the Red Bull Arena.

'RB Leipzig is one of the top clubs in Germany and is gradually establishing itself among the best teams in Europe,' Sesko told the club's official website.