Maguire endured a dreadful season for Man United last term but had been a standout player the previous campaign... Ten Hag has backed him as captain and the Dutchman's arrival offers the beleaguered defender a chance at a much-needed reboot 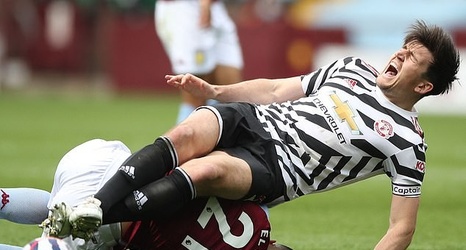 It is hardly a revelation to say that football fans have short memories.

Supporters have a tendency to forget things quickly, often to fit their own argument in a debate on social media or down the pub.

The sport is plagued with recency bias. There is regularly an inclination to describe a moment or a goal as the 'best ever', while a player who has a poor season automatically becomes a bad footballer almost overnight.

That has never been more apparent than with Harry Maguire, the beleaguered Manchester United and England defender who endured a torrid campaign last term.