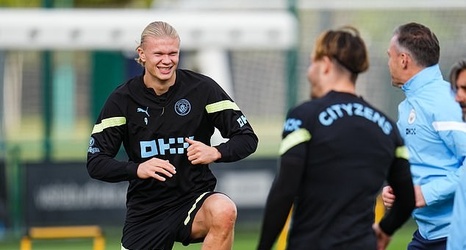 Six-foot-four, nearly 14 stone, scores nearly every chance he gets. Bordering on the unstoppable.

Trying to stop him on Sunday is Manchester United centre-back Lisandro Martinez, seven inches shorter and more than a stone and a half lighter.

For Paul Parker, the diminutive defender who won two Premier League titles with United, it’s wrong to write off Martinez because of his height.