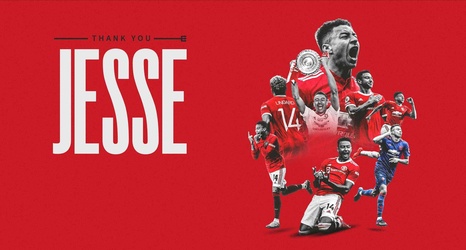 An Academy graduate and dyed-in-the-wool Red, Jesse has been with United for over 20 years, having originally joined our Under-9s team in 2001.

He was a key member of Warren Joyce’s FA Youth Cup-winning side in 2011, scoring in the first leg of the 6-3 aggregate final victory over Sheffield United.

Following various loan spells in the Championship, Jesse made his United debut under Louis van Gaal in 2014 and became a regular presence in the first team the following season.

He scored six goals in 40 appearances across all competitions during that 2015/16 campaign, including a stunning extra-time winner at Wembley as United came from behind to beat Crystal Palace in the FA Cup final and seal a 12th triumph in the competition.