Lingard: It’s good to get off the mark 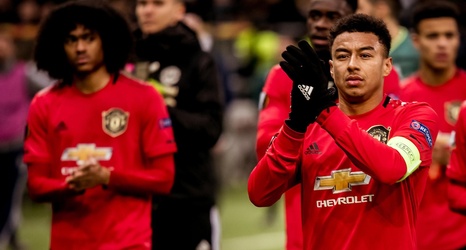 While it was a disappointing result for the Reds, one of the positives for Ole Gunnar Solskjaer and his coaching staff was Jesse’s impressive performance.

In particular, the no.14 - who was our captain for the night - linked well with the likes of Mason Greenwood and Angel Gomes, and his thunderous strike in the 10th minute put United in front against the Kazakh champions, before their second half turnaround.

The strike was Jesse's first for the club since January, and the 26-year-old was relieved to get on the scoresheet.

“It’s always good to get off the mark and it gives you a bit of confidence,”

he told MUTV after the game.