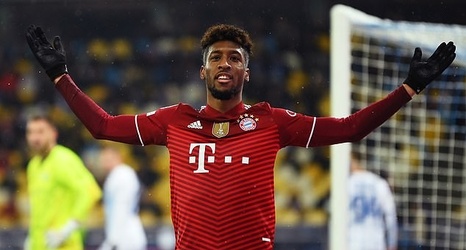 Coman, who has been at Bayern since 2015, etched his name into the club's history by scoring the only goal in the 2020 Champions League final against Paris Saint-Germain.

The news is a blow to Manchester United, who were reportedly aiming to take advantage of Coman running down his contract in Bavaria in the hope of signing him for free.

The 25-year-old's previous contract was until 2023 and Bayern have painful recent memories of losing one of their best-loved players on a free transfer after David Alaba moved to Real Madrid for nothing last summer.