Jose Mourinho takes aim at Manchester United AGAIN as he claims their managers 'are no longer expected to lift trophies' following Sir Alex Ferguson's retirement... as he prepares to win Roma's first European title in 60 years against Feyenoord 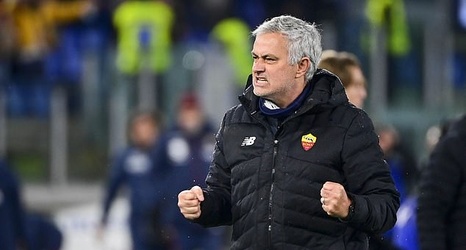 Jose Mourinho has taken aim at Manchester United once again after claiming Erik ten Hag and his other Old Trafford successors are 'no longer expected to lift trophies'.

Serial winner Mourinho was the last manager to win silverware at United, securing three trophies – the Community Shield, the League Cup and the Europa League – during the 2016-17 campaign.

However, the 59-year-old was axed by the Red Devils in December 2018 after two-and-a-half years at the helm following what was then the club's worst start to a top-flight season since 1990.