Jesse Lingard won't care a jot that West Ham fans hurled fake bank notes at him for rejecting a summer return to the London Stadium - Nottingham Forest supporters have already fallen in love with him, and he's beginning to repay it 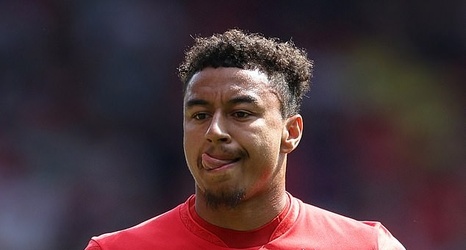 Jesse Lingard may be only two games into his Nottingham Forest career but supporters of one of his former clubs have long since made up their minds about the England international.

Early in Sunday’s game at the City Ground, West Ham fans hurled fake bank notes on to the pitch. The message was pretty easy to understand: Lingard, they felt, had chosen Forest over the Hammers for the money.

Not that Lingard will care a jot. At things stand, he is here for one season only and if he starts well, the 29-year-old could even play himself back into the England squad in time for this winter’s World Cup, with Gareth Southgate in the stand here.