James Rodriguez set to be confirmed a as a Al-Rayyan player on Wednesday as Everton look set to get rid of Colombian's £200,000 a week wages 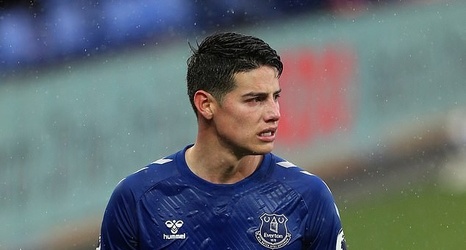 Al-Rayyan are expected to confirm the signing of James Rodriguez from Everton after he completed a medical.

The Qatari side, coached by former France and Manchester United defender Laurent Blanc, teased the announcement of their new recruit on social media ahead of their match with Al Sadd on Wednesday evening.

James travelled to the Middle East for talks on Sunday after initially being reluctant to make the move to the Qatari Stars League.