Jadon Sancho reveals he supported CHELSEA while growing up as Manchester United chase the £80m Borussia Dortmund winger... and the England star admits he idolised Frank Lampard because he was 'so direct and composed on the ball' 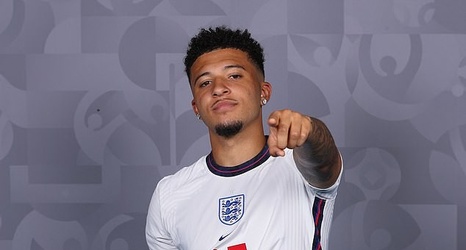 England winger Jadon Sancho has admitted he grew up supporting Chelsea - and idolised Blues legend Frank Lampard - as Manchester United continue their bid to bring him to Old Trafford.

Ole Gunnar Solskjaer has placed Sancho at the top of his wishlist after failing in a move for the Borussia Dortmund star last summer, with the two clubs currently negotiating over a transfer fee. The German outfit are demanding around £80m, having rejected United's bid of £67m.

But even though Sancho could end up plying his trade at Old Trafford this season, he has revealed he was a boyhood fan of their Premier League rivals Chelsea.