It's the Ronaldo show! Returning superstar doesn't disappoint on his second debut for United as he nets TWICE to down Newcastle... before Bruno Fernandes and forgotten man Jesse Lingard get in on the act to fire Red Devils top of the Premier League 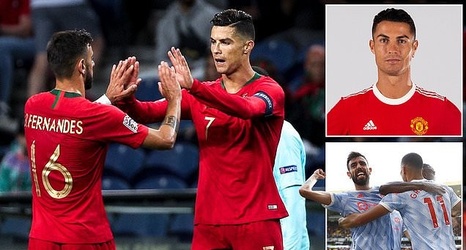 The first half was coming to a close when time lurched backwards at Old Trafford. Mason Greenwood, the teenage forward who is a superstar in the making, cut in from the right and drilled a left-footed shot towards the Newcastle United goal. It took a slight deflection and spilled from the hands of Freddie Woodman as he tried to gather it. And as the ball rolled loose, a figure lurked.

Cristiano Ronaldo took a step forward. Woodman tried to recover his ground but Ronaldo knew he would not get there. He was three yards out. He has probably never scored an easier goal, even in his magnificent career.