Is Old Trafford safe? Manchester United to be asked for 'further assurances' that they have taken measures to improve stadium's safety after death of supporter 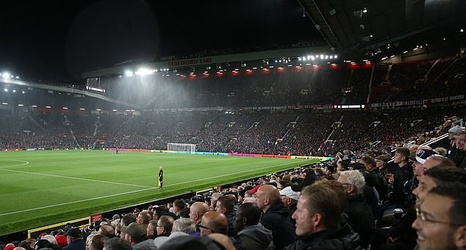 Manchester United will be asked to provide 'further assurances' that they have taken significant measures to improve safety after a fan fell to his death at Old Trafford.

Last year, Sportsmail revealed that lifelong supporter John Whale, 80, suffered fatal injuries when he plunged down exit steps as he left a Manchester derby in December 2017.

The club were slated at an inquest into the grandfather's tragic passing. Stewards were found to be at fault after they blocked Mr Whale's path at the top of the concrete staircase he later fell down.

So concerned was the coroner, she filed a 'Report to Prevent Future Deaths' to United and the local authority, stating that she was concerned that there was 'a risk further deaths would occur unless action is taken'.