'I'd be playing in League One if I hadn't gone on loan!': Man United goalkeeper Dean Henderson thankful for time spent away from Old Trafford as he battles David de Gea for No 1 spot 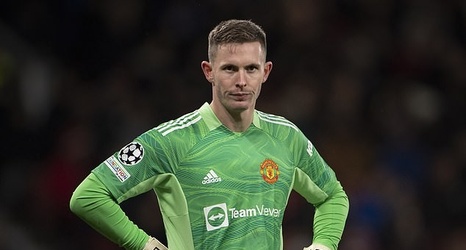 Manchester United goalkeeper Dean Henderson has admitted he would 'probably be in League One now' if he didn't go out on loan.

Henderson spent time with Stockport County during the 2015/16 campaign and played nine times for the National League side.

That was followed up by more loan moves to Grimsby and Shrewsbury but Henderson believes he would not be where he is now if he didn't go to Stockport.

The 25-year-old told Manchester United's website: 'I remember going [to Stockport] when I was a young kid.