'I really wanted to feel what it is to be a Manchester United player': Juan Mata reveals he convinced Chelsea to let him seal 2014 Old Trafford move... and was shocked by 'special' helicopter ride to United's training ground 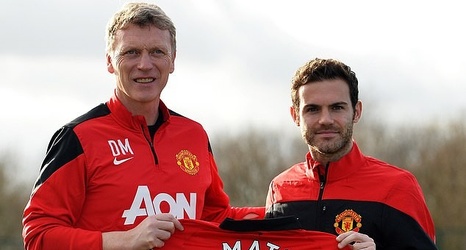 Juan Mata revealed he convinced Chelsea to allow him to leave in 2014 and seal a dream switch to Manchester United.

The veteran playmaker was initially reluctant to leave the club, having been named Player of the Year in his first two campaigns in west London, but later opted to accept a move to United.

The 31-year-old admitted that the prospect of featuring at Old Trafford proved too strong to turn down, with Mata recruited for the latter part of a largely woeful campaign under David Moyes.

United snapped up the Spanish international for a reported £37.