'I didn't like him at all': Ian Wright opens up on hatred he had for Manchester United captain Roy Keane during his Arsenal days... but admits former rival and fellow TV pundit is now his 'friend' 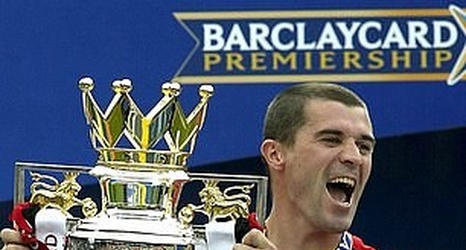 Ian Wright has revealed that he 'didn't like' Roy Keane during their Arsenal and Manchester United days but the former striker admits his opinion on the Irishman has changed over the years.

Wright and Keane were club icons for the Gunners and United respectively when the two competed for the Premier League title in the 1990s, with the latter picking up more top-flight trophies under Sir Alex Ferguson.

Both players now work in TV punditry, with Wright now calling the former United captain his 'friend' - but the Arsenal legend has opened up on how much animosity there was between them when the Gunners won the title back in 1998.