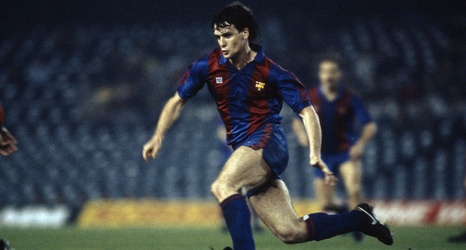 The Welshman was a star figure in United’s team under Ron Atkinson in the 1980s. The former striker joined our Academy in 1978 and made his Reds debut in 1983 at the age of 20, before cementing his place as our main frontman in the 1984/85 season.

Hughes netted 16 times in 38 appearances that campaign and his performances at Old Trafford did not go unnoticed in the world of football, with many clubs keen on the attacker's signature, especially as English clubs were newly banned from playing in European competition.

In the most recent UTD Podcast episode, which is available to listen to now, he told presenters Helen Evans, Sam Homewood and ex-Red David May about the interest from abroad.