How United fans are preserving the Babes’ legacy 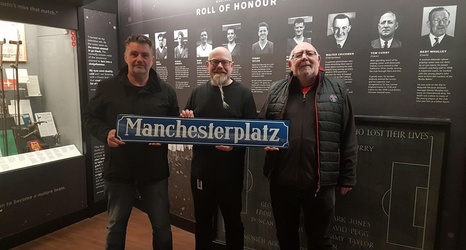 The ceremony at Manchesterplatz that year was organised and led by the Manchester Munich Memorial Foundation, a not-for-profit company set up by longstanding Reds. Their aim? Simply to preserve the Babes’ legacy for future generations, while raising money to help charities in Manchester, Munich and Belgrade.

“We’re just a group of diehard United fans,” explains chairman Pat Burns. “We wanted to do something really special for the 60th anniversary, because we know that in another 10 years we might not be here.

“From that, we decided to do something; to build a legacy to hand on to future generations.