How a Rooney record has been equalled 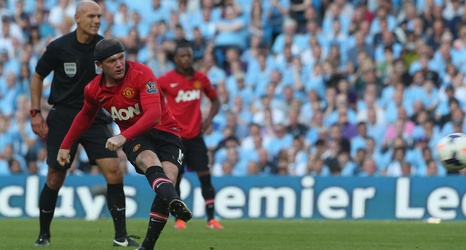 Manchester United's all-time record goalscorer once scored from a free-kick in three successive games, back in September 2013.

The ex-Reds and England captain managed the extraordinary feat with set-piece strikes against Crystal Palace, Manchester City and West Brom.

Kebano has done likewise for Fulham as they bid to regain a place in the Premier League. The Frenchman netted directly from free-kicks against Sheffield Wednesday, Wigan Athletic and, most recently, Cardiff City in the Championship play-off semi-final first leg.

3 – @FulhamFC's @Neeskens_Kebano has scored from a direct free-kick in his last three appearances in league competition (regular season & playoffs), the first player to do so within England’s top four tiers since @WayneRooney for Manchester United in September 2013.