'He's got to get OUT of that club': Jamie Carragher insists Mauricio Pochettino must leave PSG to join Manchester United... while Thierry Henry says French side are 'too exposed' with Lionel Messi, Kylian Mbappe and Neymar in their team 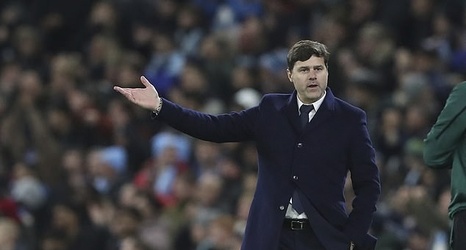 Jamie Carragher says he would take the managerial role at Manchester United if he was Mauricio Pochettino.

Pochettino has been strongly linked with a move to Manchester United after Ole Gunnar Solskjaer was sacked following the Red Devils' embarrassing 4-1 defeat to Watford.

Carragher believes it would be sensible career move for Pochettino, while Thierry Henry claims the former Spurs boss is unable to handle Lionel Messi, Kylian Mbappe and Neymar at PSG.

Speaking after PSG's 2-1 defeat to Manchester City in their Champions League clash on Wednesday night, Carragher told CBS Sports: 'Pochettino has got to get out of that club.