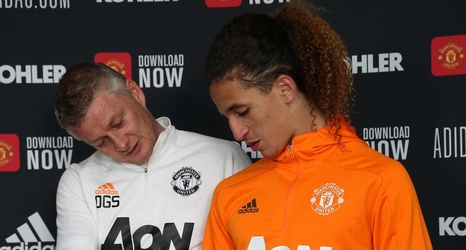 In echoes of a key element of Sir Alex Ferguson's mantra, Ole Gunnar Solskjaer has instructed the Tunisia international to never give up as he looks to build on a season where he was voted Denzil Haroun Under-23s Player of the Year.

The 18-year-old came off the bench to make his debut in the final Premier League game of the campaign at Wolves and is making strides after playing all of the season in the higher age group with Neil Wood's side.

After committing his international future to Tunisia, he made an encouraging bow as a substitute in the 1-0 win over DR Congo last week and could feature again for his country in a big friendly against rivals Algeria on Friday.