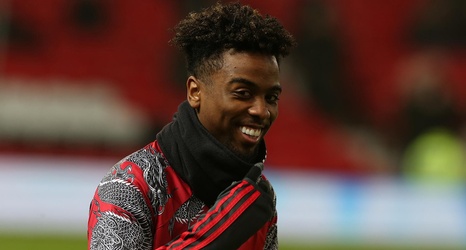 The talented midfielder has been one of the homegrown products promoted by Ole Gunnar Solskjaer this season, and surely would have added to his six appearances in 2019/20 but for injury.

After coming off the bench in the first leg of the Carabao Cup semi-final with Manchester City and the convincing win over Norwich City, he is clearly in the manager's thoughts and was an unused substitute during the midweek defeat to Burnley.

The 19-year-old is hoping he will get a chance to show his talents at Tranmere Rovers in the Emirates FA Cup fourth round on Sunday, along with his peers such as Brandon Williams, James Garner, Tahith Chong and Mason Greenwood.