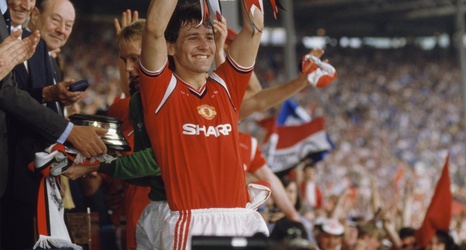 The FA Cup campaign began with a 3-0 home win over Bournemouth, then in the third tier, which might have seemed routine but was rendered sweeter because the Cherries had dumped the Reds out of the competition at Dean Court a season earlier.

The 2-1 home triumph over Coventry was a much tighter affair, then Blackburn Rovers were beaten 2-0 at Ewood Park, before United hit a rich vein of form – a Norman Whiteside hat-trick being the centrepiece of a 4-2 quarter-final win over West Ham at Old Trafford, where Mark Hughes was also on target.