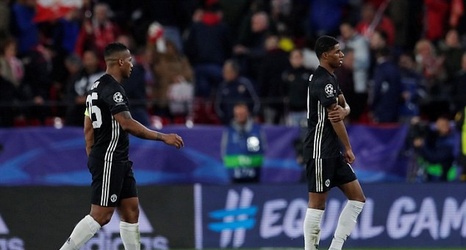 Jadon Sancho became the forgotten £73m man after Cristiano Ronaldo's signing but Roy Keane is relaxed about his slow start at Manchester United, calling for patience.

The 21-year-old was dropped to the bench for United's clash with West Ham in east London, with Ole Gunnar Solskjaer preferring Paul Pogba on the left flank, as Scott McTominay returned from injury to partner Fred in midfield.

Sancho has yet to score or assist for United since his summer move from Borussia Dortmund, but Keane insists there's no cause for concern.