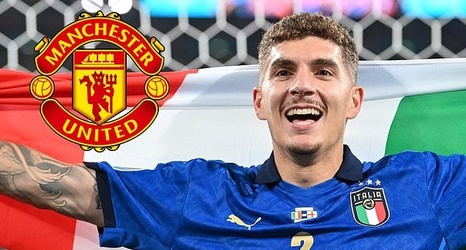 Italy right-back Giovanni Di Lorenzo has been linked with a move to Manchester United on the back of his Euro 2020 heroics with his country.

The Napoli star was an integral part of the Italy team that went onto be crowned champions of Europe, and his performances reportedly drew admiring glances from Old Trafford.

However, Di Lorenzo's agent has rebuffed speculation linking his client with a move to the Red Devils as little more than 'newspaper talk'

'[President Aurelio] De Laurentiis spoke at the press conference explaining Napoli's losses, and that all his players are transferable and that, if appropriate offers arrive, he will evaluate them himself.