From 'warrior' Nemanja Vidic to a 'flamboyant' Ryan Giggs, Robin van Persie picks out five team-mates who impressed him most during his three years at Manchester United 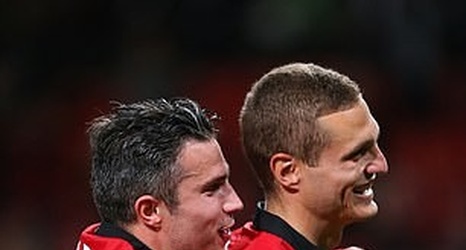 Robin van Persie worked with some incredible talents during his three years at Old Trafford but the Dutchman has now picked out five team-mates who impressed him most at Manchester United.

Van Persie was reluctant to choose the 'best' player from such a talented group and instead selected a core of regular starters who, when paired together, became a title-winning side.

Defensive partners Nemanja Vidic, who Van Persie hailed as a 'warrior', and Rio Ferdinand were highlighted as the bedrock of United's success by the former Red Devils striker.

'It's hard to answer, because most of them were impressive,' Van Persie told SoFoot.