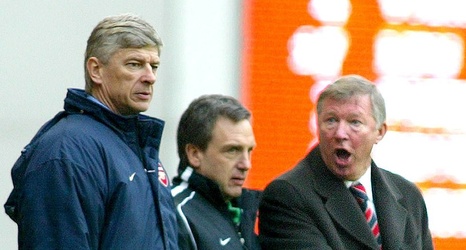 The summer of '99 and almost certainly the best days of Alex Ferguson's life as Manchester United celebrated their historic Treble.

Meanwhile at Highbury, a bruised Arsene Wenger and Arsenal figure out how to rebuild having come so close to denying United in the Premier League and FA Cup.

They look to Italy where a young French winger called Thierry Henry is struggling to adapt to life at Juventus. Henry, then 21, has contributed only three goals in 16 matches. It's not working out.

Wenger decides to fling Henry a lifebelt, paying £11million to end his Juventus misery and duly converting him into one of the most prolific of all Premier League strikers.