Fred's desire should be applauded 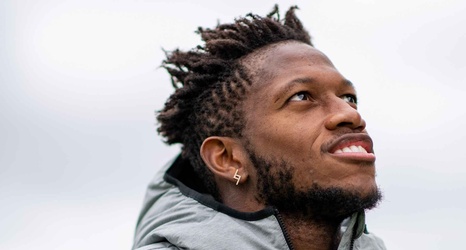 The all-action midfielder appeared to badly twist his ankle during the 2-0 win in Spain that proved enough to seal top spot in Group F, with a game against Young Boys still to come.

He showed his determination and willingness to play through the pain barrier by not only completing the full 90 minutes at the Estadio de la Ceramica by being involved in the build-up to both goals, scored by Cristiano Ronaldo and Jadon Sancho.

The 28-year-old pressed the hosts to good effect to turn over possession and his efforts were not overlooked by Carrick, who also sung the former Shakhtar Donetsk man's praises after the game.