FIFA 22 player ratings revealed: Lionel Messi highest with Robert Lewandowski just behind as Cristiano Ronaldo has to settle for third 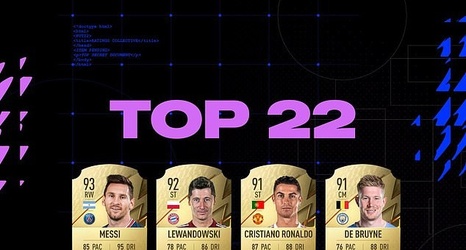 EA Sports have unveiled the top 22 highest rated players in the upcoming FIFA 22 video game with Lionel Messi once again edging the likes of Robert Lewandowski and Cristiano Ronaldo to take the top spot.

Messi has retained his 93 rating from last year's edition but there has been a change just behind him.

Ronaldo no longer sits second, having dropped from 92 to 91, with Lewandowski (92) taking his place.

The Manchester United man shares that score with four others, those being Kevin De Bruyne, Kylian Mbappe, Neymar and Jan Oblak.