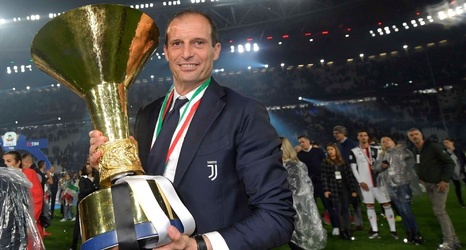 Massimiliano Allegri has confirmed his intention to wait until the summer before returning to management.

The 52-year-old, who remains under contract at Juventus until the end of the season, has been linked with many top jobs that have become available since his five-year spell in Turin drew to a close in the summer.

Asked if he's hungry to get back into the game, Allegri, speaking in an exclusive interview with ESPN FC, ruled out taking a job in-season, saying: "In June. I don't know if you can call it a sabbatical or not. Giovanni [Branchini] and I immediately came to that decision.