Erik ten Hag arrives in London with assistant Mitchell van der Gaag prior to taking over as Manchester United manager... and the duo could be in attendance for the Red Devils' final game of the season at Crystal Palace 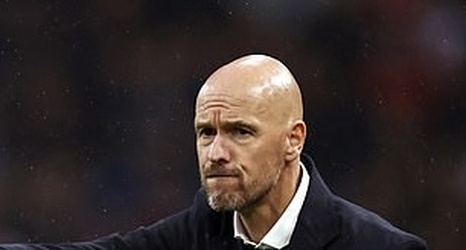 Long-term assistant Mitchell van der Gaag has arrived with Ten Hag, with the club set to confirm his position as new No 2.

The two Dutchmen arrived in the capital via private jet on Wednesday afternoon. The pair have been working from Holland prior to their arrival in London.

The new United coaching duo are expected to hold a meeting with colleagues over the next 24 hours.