Eric Bailly is the toast of Manchester United fans around the world, following his commanding performance in the 2-1 Premier League victory over Aston Villa on New Year’s Day. 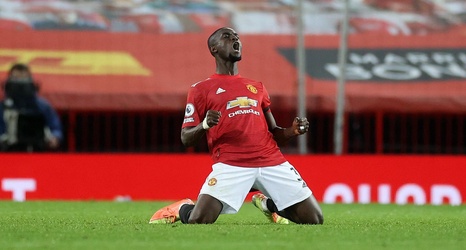 The Ivory Coast international maintained his run of excellent performances with another stellar showing at Old Trafford, convincing supporters to vote him our official Man of the Match.

Bailly’s outstanding moment was undoubtedly the goal-saving challenge to deny Keinan Davis in the final minute - which you can watch below - and he was deservedly mobbed by his team-mates after the final whistle.

Ole Gunnar Solskjaer also embraced Eric as they left the pitch and the boss later heaped praise on him, by saying:

“He’s had such a difficult time with injuries. He’s such a likable man.