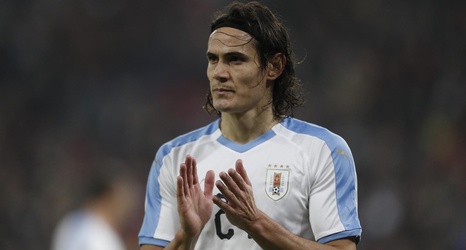 The 34-year-old was named as one of 26 players on Thursday by experienced coach Oscar Tabarez, as Uruguay aim to claim the title for a record-extending 16th time.

Edi didn't feature in the recent goalless draws with Venezuela and Paraguay in World Cup qualifying, as he was serving a two-match suspension for a red card he was issued when playing against Brazil in November 2020.

However, the former PSG man, who recently celebrated the birth of his fourth child, has been training with his team-mates and will look to make his mark on what will be his 10th summer tournament.