Edinson Cavani is Manchester United's gladiator with the film-star looks... who loves hiking in the hills or taking his daughter fishing - he seems destined for a starring role in the Europa League final 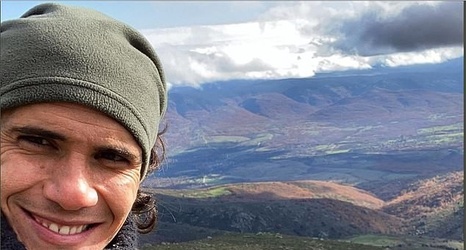 Roy Keane hissed his indignation as he watched the footage. It was the last Sunday in November and, at St Mary’s, Manchester United were trailing Southampton 2-0. At the start of the second half, Edinson Cavani had emerged wearing the wrong type of football boots.

‘How is the guy not prepared and ready to go on?’ Keane wondered. ‘It’s mind-boggling.’

The perception, in that moment, was that United were burdened with an old professional whose standards had slipped and had come to collect one last lucrative pay-day.

If the club’s old skipper was taken aback by what he saw on the south coast, it is fair to say the current squad had also raised an eyebrow towards Cavani — but for wildly different reasons.