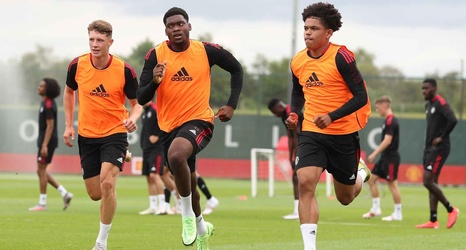 Sunday's 13:00 BST kick-off is live on MUTV and will allow fans a first glimpse of the Reds in our new home kit as preparations continue for the 2021/22 campaign, which gets under way next month.

Wayne Rooney's Rams provide the opposition and it should provide an opportunity for a run-out for a number of United's squad members.

Jesse Lingard trained on Friday on his return to the fold, after an extremely successful spell at West Ham United. The England international, who featured in the warm-up games for Euro 2020, played for Derby on loan back in 2015.