Donny van de Beek 'has absolutely NO CHANCE' of staying at Manchester United, insists Paul Ince - who says the £35m spent on spare-part midfielder will be lost and names SIX stars ahead of him in the pecking order 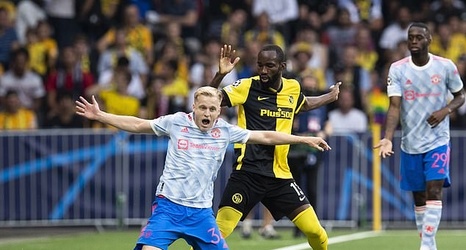 Paul Ince believes Donny van de Beek's Manchester United career is all but over, and expects the midfielder to be offloaded in January.

Van de Beek was a high profile arrival from Ajax last summer for a fee of around £35million having gained a big reputation from being part of the Dutch club's stunning run to the 2019 Champions League semi-final.

Yet since arriving at Old Trafford the midfielder has barely been given a run in the first-team.

The 24-year-old was given a rare start in the Champions League at Young Boys on Tuesday, but with the Red Devils reduced to 10 men following Aaron Wan-Bissaka's first half red card, he was sacrificed at half-time as a substitute for defender Raphael Varane.