Donny: There is still room for improvement 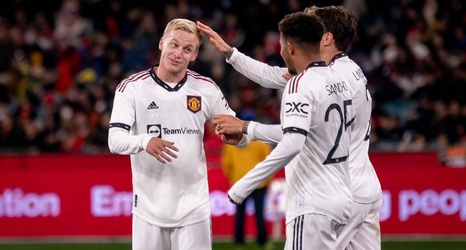 The Reds have recorded three victories from three so far, with the latest coming in Melbourne yesterday against fellow Premier League side Crystal Palace.

Anthony Martial, Marcus Rashford and Jadon Sancho were all on target for United, and Donny believes things are slowly coming together.

"You could see some structure in the team and we scored some amazing goals tonight," began the 25-year-old.

"Of course we have individual qualities, but we also played as a team and there is still room for improvement. Step by step."

Spending the last half of the 2021/22 campaign on loan with Everton, the former Ajax man has since returned to the club, linking up once again with boss Ten Hag for a second time in his career.