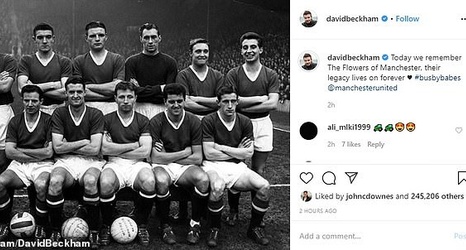 On Thursday, United will hold a commemorative service at Old Trafford for the eight players and three members of United's staff who passed away on February 6 in 1958 in Munich.

Geoff Bent, Roger Byrne, Eddie Colman, Mark Jones, David Pegg, Tommy Taylor and Liam Whelan were the players who died on that day 62 years ago. Duncan Edwards survived the crash but died in hospital 15 days later. While Johnny Berry and Jackie Blanchflower were among the survivors, they never played football again.