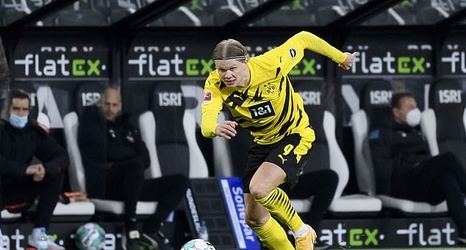 Erling Haaland has astonished audiences with his superb performances for Borussia Dortmund this season, with 33 goals in just 32 appearances in all competitions so far this season.

The 20-year-old striker is also top scorer in the Champions League by a long way with 10, and is one of the most sought after players in Europe, with Barcelona, Manchester United and future European opponents Manchester City all interested.

So without any further ado, here is my official scouting report on the 6'4', 13st 12lb Norwegian star ahead of his potential audition for Pep Guardiola's side at the Etihad on Tuesday.