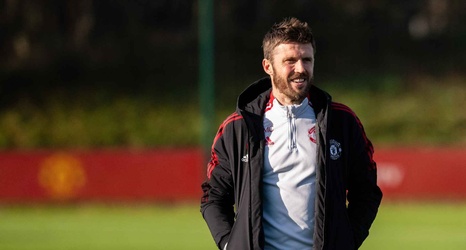 Our caretaker manager is at the helm for a second match, after overseeing the impressive 2-0 win at Villarreal on Tuesday, which ended up securing top spot in Champions League Group F with a game to spare.

The Reds were without Luke Shaw, Raphael Varane, Paul Pogba, Edinson Cavani and Mason Greenwood for the stay in Spain, and Fred hurt his ankle at the Estadio de Ceramica but played on, after receiving treatment.

Reds captain Harry Maguire is definitely ruled out through suspension, following his sending off at Watford last weekend.

Fred and Shaw are a booking away from a one-game ban after accumulating four yellow cards in this season's Premier League.