Carrick: The midfield was terrific 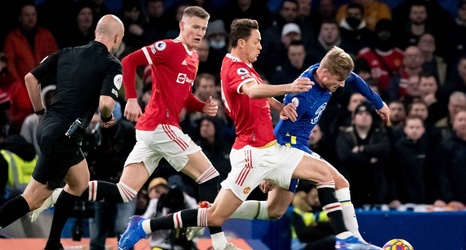 The hosts enjoyed much of the possession in the first half but were rebuffed by United, who took the lead through Jadon Sancho in the second, before Jorginho levelled from the penalty spot to make the final score 1-1.

Asked about the performances of Nemanja Matic, Fred and Scott McTominay, former midfielder Carrick said: “I thought the three of them were fantastic.

“We tried to make it as predictable as we could so we forced them into certain spaces and avenues that we could adapt to and I thought Nemanja, Scotty and Fred were top-drawer today.

“Scotty at times had to drop into the backline and Hudson-Odoi was pulling into little areas, pulling wide at times, Alonso was inside off the line and they put five and six across that frontline so we needed Scotty at times to drop in.