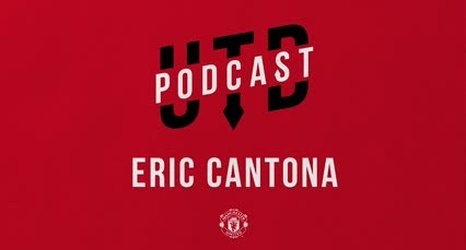 The Reds’ legendary no.7 sat down with hosts Sam Homewood, Helen Evans and David May to take us on a journey from the early days of living in a converted cave in Marseille, through his half-a-decade at Old Trafford, to his current life as an actor and producer.

And, as you might expect from almost an hour spent with the enigmatic Frenchman, we learned plenty along the way…

HE WAS ORIGINALLY A GOALKEEPER

United’s trophy cabinet might be a touch emptier if Cantona’s team back home in Marseille had not been so talented. That’s because Eric originally played in goal, before moving further forward after regularly getting bored by his lack of involvement during games.