Bryan Robson and Denis Irwin are looking forward to Manchester United renewing our old rivalry with Leeds United on Wednesday. 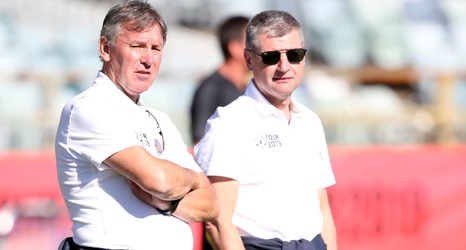 The two clubs are set to meet as part of Tour 2019, and this hotly anticipated clash at Optus Stadium, in Perth, will be the Reds’ second warm-up fixture ahead of the new season.

It will also be the first time we have locked horns with Leeds since a League Cup clash in 2011, while it has been 15 years since we met the Yorkshire outfit in the Premier League. However, during Robbo and Denis’s playing days, Leeds were rivals for silverware.

“It was really fierce - the Leeds rivalry was on another level, bar Liverpool,” Robson reflected in an MUTV interview at United’s base in Perth.