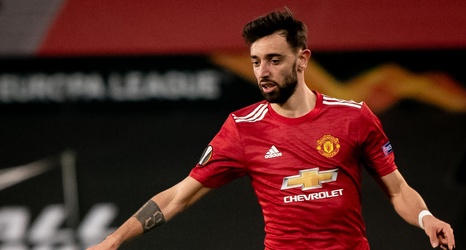 The Reds are in the semi-finals against Roma and will play the first leg at Old Trafford on 29 April followed by a trip to Italy on 6 May.

United were knocked out at the semi-final stage last season in August against Sevilla, but our Portuguese midfielder now wants us to push on and make it to the final in Poland after a quarter-final aggregate 4-0 triumph over Granada.

“It was really important for us. We now have the chance to play again in a semi-final for the second season in a row and now the next step is to get into the final,” Bruno told MUTV.