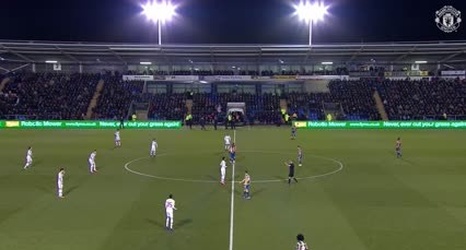 The Birkenhead venue will be the 66th current Premier League and/or Football League ground to have hosted a United match, with the FA Cup often throwing up opportunities for Reds’ supporters to visit pastures new.

The Reds were 19th in the top-flight when we made the trip to Edgar Street to face Hereford, who were languishing towards the bottom of the Fourth Division. The Bulls had been responsible for one of the great cup shocks of all-time in 1972, when Ronnie Radford’s goal knocked out Newcastle and, for long spells, it looked as if Alex Ferguson’s side may be on the receiving end of a similar surprise.