Blow for Manchester United as highly-rated target Eduardo Camavinga 'closes in on £25.7m move to PSG'... with French giants set to beat Premier League side and Real Madrid to teenage midfielder 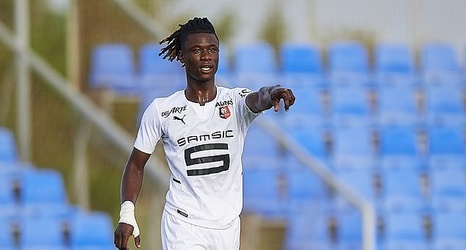 Manchester United and Real Madrid's hopes of landing teenage sensation Eduardo Camavinga has been dealt with a blow as the 18-year-old reportedly closes in on a move to PSG.

Camavinga is one of the hottest young prospects after his performances in midfield for Rennes last season and he has been linked with a move to some of Europe's top clubs - including Man United and Real Madrid.

According to Ouest-France, as per L'Equipe, the youngster is close to joining PSG for £25.7m.

United were reportedly in the market for a midfielder amid rumours Paul Pogba could be on his way to PSG.