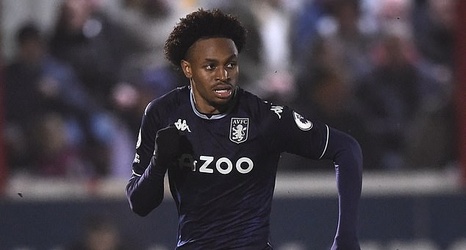 Aston Villa face losing wonderkid Carney Chukwuemeka on the cheap as he is unwilling to sign a new contract, according to reports.

The 18-year-old midfielder is viewed as one of the brightest prospects at the club, and is regularly involved with senior matchday squads.

But according to the Guardian, Chukwuemeka is frustrated over his lack of first-team football and will therefore look to leave, reportedly putting Manchester City, Manchester United and Liverpool on high alert.

The Austrian-born youngster started Villa's 1-1 Premier League draw against Brentford on August 28, playing just over an hour, but that has been his only league appearance this season.